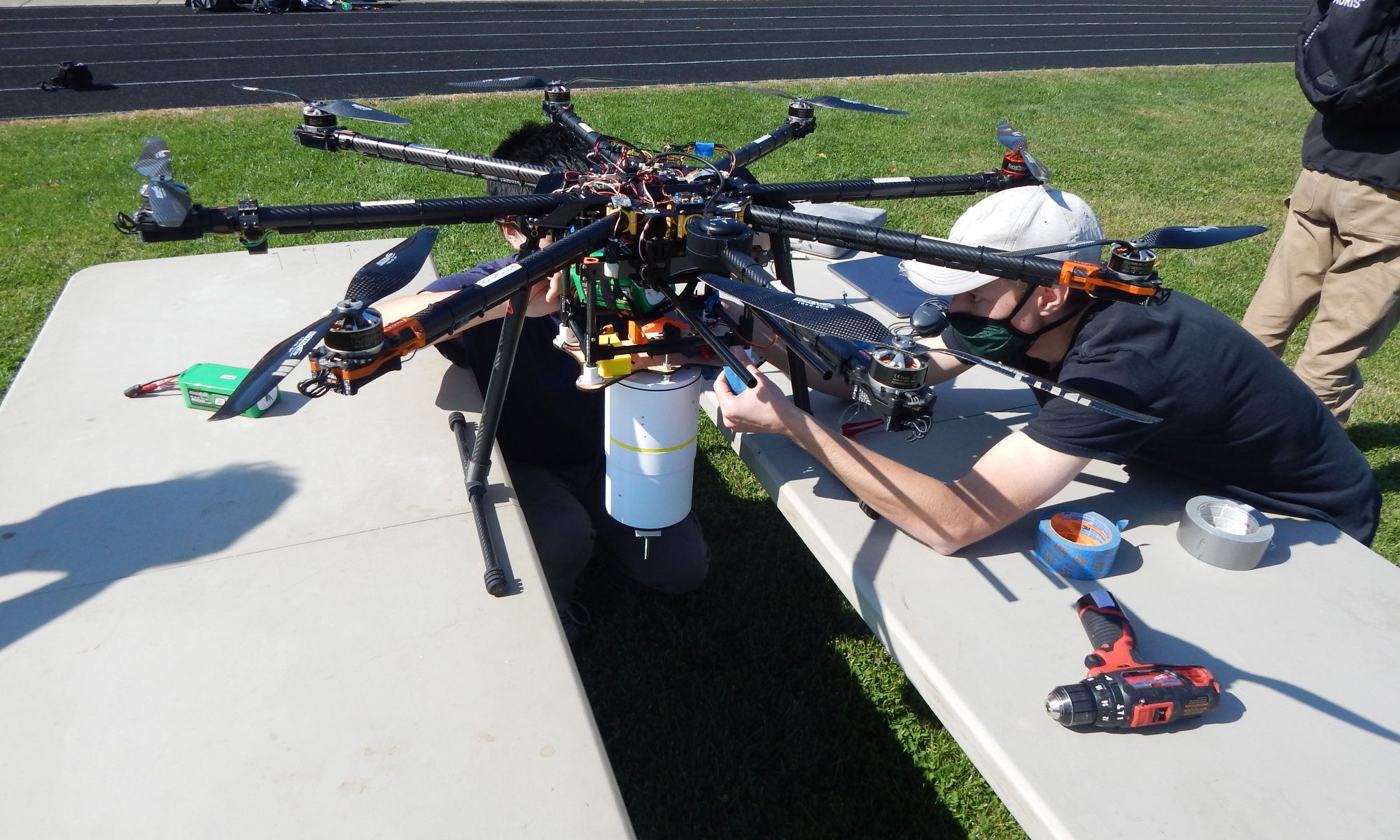 To prevent extreme accelerations and excessive drift, I developed a parachute system that can control up to three deployment or disreefing events. Several constraints were imposed on the system based on the mass and geometry of the liquid bi-propellant rocket for which it may be use.

Requirements
– Fit inside a 6″ rocket body tube.
– Provide mechanical and electrical redundancy.
– Allow for three parachute descent stages.
– Prevent shock loads that could damage parachute or rocket.
– Compatible with a reefing system to reduce parachute volume.
– Minimize rocket mass.
– Can be tested outside of rocket.

I started by building CAD models of several possible designs that could satisfy these requirements and performing FEA to determine part sizes and masses. After discussing these designs with a preliminary design review board, I began manufacturing a functional scaled-down prototype.

As the design matured, I also performed a variety of physical tests, including the deployment of weights up to 150 lbf. Once it became clear that the mechanism would be effective, I began incorporating it into a test rocket assembly. The final design consists of two sets of hooks that retained up to three stacked bars. Servos control the movement of the hooks on linear carriages. As the servos move, the hooks release the bars one by one. Even if only one of the servos functions properly, the bars are released.

Unfortunately, the launch of the test rocket was repeatedly delayed because of the pandemic, so I looked for other ways to validate the system in flight. I ended up collaborating with NUAV (Northeastern University’s UAV club) to perform a drop test. The test used a light-weighted version of the mechanism attached to a drone interface system. The parachute was reefed using the center shroud reduction method described here. We successfully dropped the mechanism twice form 400 ft and effectively validated the parachute control mechanism as well as the reefing system and rigging. Our intent was to launch the system in a test rocket in November, but we were unable to travel because of COVID-19.