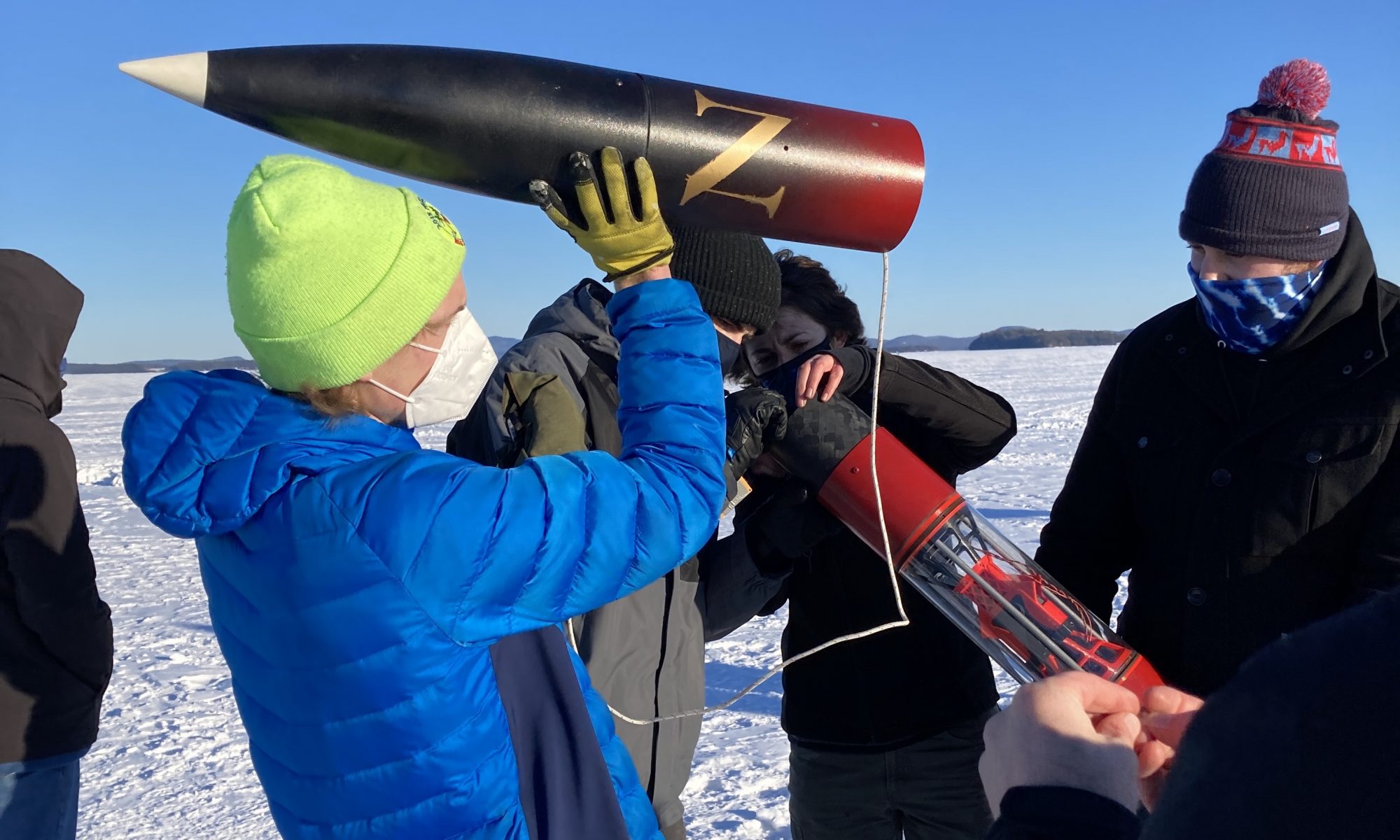 Over the past several months I have been working on a test rocket for data collection and validation of novel systems as part of an aerospace club project at Northeastern University. Among other things, I designed the instrumented nose cone assembly that allows for the measurement of airspeed and the axial drag force on the nose cone.

There was a challenging set of requirements for this assembly:

Over the course of several months, I developed a system to fulfill these requirements

The figure above shows the different parts of the assembly and the process by which they are assembled. First, the nose cone tip with the threaded rod attached is placed on top of the nose cone shell. Next, the main conical bulkhead is inserted into the nose cone, and a nut is tightened onto the bottom of the threaded rod, clamping the bulkhead and the tip in place. Then the load cell unit is screwed into the bottom of the main conical bulkhead (there are captive nuts on the upper surface), and the static pressure unit is placed against the lower bulkhead. Screws run through the static pressure unit and the lower bulkhead and into the load cell mount to hold the assembly all together. Everything can be disassembled except the lower bulkhead, which is held in the body tube with epoxy.

The PCB shown is the data acquisition board for reading pressure data off the static pressure port transducer and the transducer attached to the pitot tube. These readings are compared to determine airspeed. The PCB also has a load cell amp on it to read the axial force on the nose cone from the load cell.

Once fully assembled, the apparatus is attached to the top of the rocket.

To date, the assembly has been flown once, and the avionics team is in the process of analyzing the data.