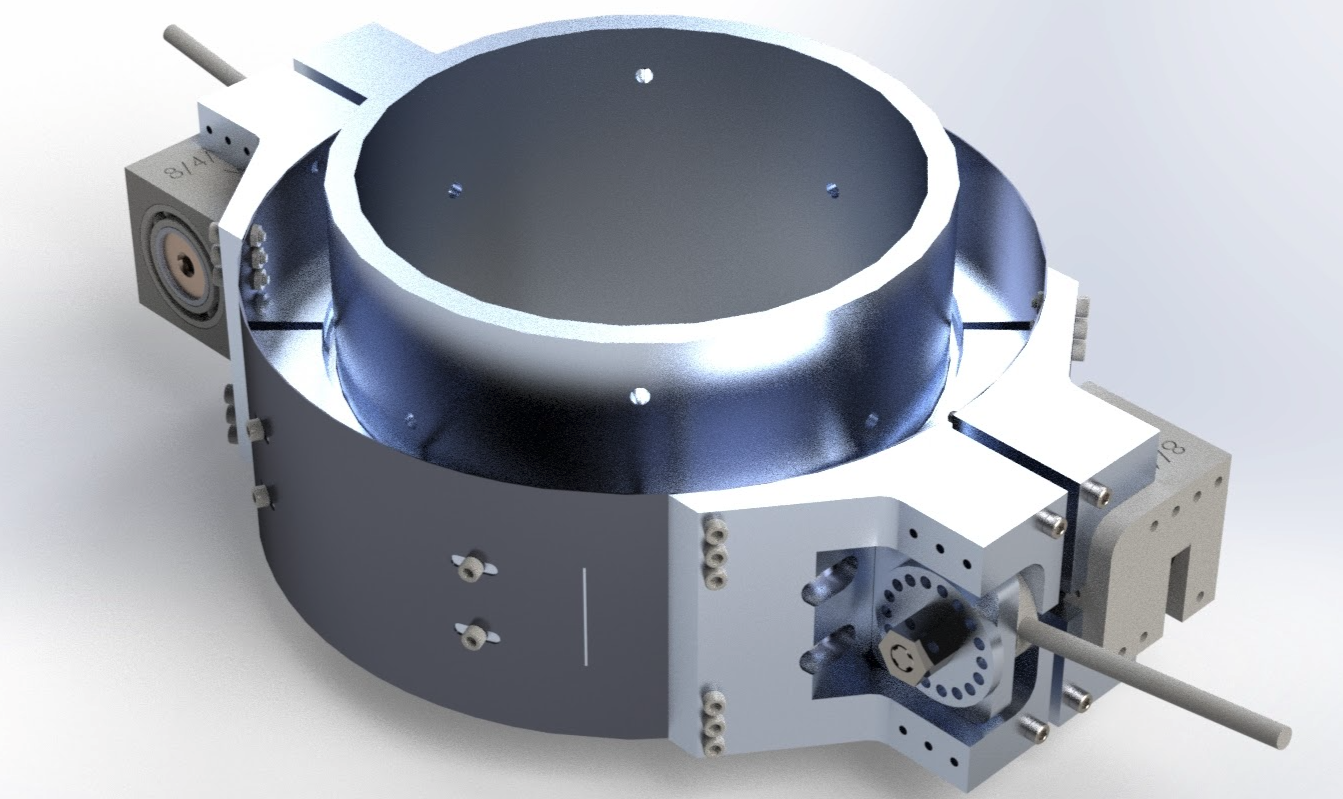 As part of a project to build a liquid bipropellant rocket for a Northeastern University aerospace club, I am working to develop a Marman clamp to rigidly hold the two halves of the rocket together during ascent and allow them to separate at apogee to release a parachute.

The requirements for the system are as follows:

Common ways to address this problem involve pyrotechnics, but we do not have access to reliable pyrotechnic fasteners, and we do not have the resources to develop our own. We do often pressurize rocket bays to blow them apart, but this technique is has been found to be unreliable and difficult to test safely. It also entails certain other inconvenient design constraints. The project leadership determined that an attempt should be made to find an alternative separation mechanism.

I have addressed the problem by designing a Marman clamp. A Marman clamp is a strap tensioned around the interface of two flanges to hold them together. Marman clamps are a standard method for holding two rocket sections together or for holding a payload inside a rocket.

However, pyrotechnic fasteners are generally used to tension the spring steel strap, and we do not have access to these. Instead, I am developing an alternative tensioning and release mechanism that is loosely inspired by a design presented in a US Navy whitepaper for use in small payload deployment (see my whitepaper below for more information).

Just as with a traditional tensioner, the strap tension is introduced by tightening a screw. However, in this case, that screw has very high thread pitch (high lead) and is threaded into a rotary apparatus mounted inside the casing. Since the screw has high thread pitch, the rotor on the inside of the casing will naturally spin to release the tension in the screw. However, the rotor can be prevented from spinning by wrapping a UHMWPE line around the the rotor pin and over a nichrome loop before tying it off on the casing.

When the nichrome is heated with an electrical current it melts through the UHMWPE and allows the nut to rotate. The nut spins down to the end to he lead screw and the clamp springs open.

For this design to be useful, I needed to understand the physics governing the behavior of the clamp and the tensioner. I spent considerable time adapting solution techniques presented in a NASA marman clamp design guide document to determine the appropriate geometry for the v-clamps and the flanges and the necessary preload. Once I got to the tensioning apparatus, I derived a series of formulas from scratch to determine the best geometry for pin cutouts, the loads the mechanism would experience, and the necessary preload in the wire wrap. To facilitate future design modifications and help myself keep track all the calculations, I wrote a brief whitepaper detailing the process.